All cables and connections to the consumer unit must be checked and tested by a qualified electrician. Do not attempt removal or replacement unless you are absolutely positive you know what you are doing, and even then the above still applies. It is also an offence to interfere with the seals on the electricity meter.

The modern consumer unit is the centre, or heart, of the wiring system in the home. The unit distributes the electricity, via fuses of one kind or another, to the different circuits in the house. The older fuse wire are being replaced gradually by their modern equivalent, the MCB or miniature circuit breaker.

We will deal with the two main types of consumer unit found in the home today . The first one is a single load fuse board where the power coming in is taken through a double pole switch to a live buss bar. Each fuse, or MCB, is clipped onto a DIN bar and the “teeth” of the buss bar are inserted into the MCB’s. The cables to the house circuits are connected to the other side of the MCB’s. All of this is explained more thoroughly when we deal with the second type of unit, which is the split load unit. The photographs are of a split load fuse board. The ordinary consumer unit is exactly the same in principle without the RCD.

Just as a matter of interest, DIN stands for Deutsche Industrie Norm and, originating in Germany, is any of a series of technical standards, used Internationally, to designate electrical connections, film speeds and paper sizes. Shown in the consumer unit casing above, it is a metal, pressed bar, to which the MCB’s clip. They simply push on via a spring loaded lock at their back.

A split load board is designed for total safety and incorporates an RCD (Residual Current Device, shown as E in the picture above) as well as the double pole switch (D).

The RCD is not just a manually operated isolating switch, but a very sensitive safety device which cuts off in fractions of a second if it senses an earth fault. RCDs can be bought in different current ratings and various sensitivities to current leakage. You will need to check which ratings are appropriate for your home.

As they are very sensitive, it is not practical to fit one RCD to protect the whole house. If a fault develops on one circuit, all circuits would be switched off immediately…This would, most often, leave you in the unnecessary position of having no lights or power. Because of this it actually contravenes the most recent (16th Edition) wiring regulations. This is easily prevented by using an RCD in conjunction with a main, double pole isolating switch so that it protects only some of the more vulnerable circuits. This then becomes a split load consumer unit and is shown above. The key to this photo is..

A: Neutral terminal block for the main isolating switch side of the unit.

The use of RCDs is necessary, on two occasions, to meet the wiring regulations. The first of these is to protect any socket which may be reasonably expected supply equipment outside the house (Strimmers, lawn mowers, hedge trimmers, pond pumps, sheds, lights etc etc). This rule pretty much covers every single socket in the house so the ring main should be placed on the RCD protected side of the consumer unit.

The second condition applies to any circuits where an earth fault current is not sufficient to blow the fuse, or trip the switch, in the designated time allowance made in the regulations. This generally applies to higher Amp rated appliances (showers, cookers etc) but it should always be checked with an electrician as to which circuits need to be placed on the RCD side of the consumer unit.

Top left shows the mains double pole isolating switch and an MCB clipped into place on the DIN bar. Top right shows two MCBs and the Buss bar. When the MCBs are clipped onto the DIN bar, the Buss bar is inserted into the live terminal at the bottom of the MCB. When

screwed tight this gives live feed to all the MCBs.

Top left shows how a circuit cable is introduced to the unit. In this case it is a 2.5mm cable for the ring main. The live (O) is fixed into the top of an MCB on the RCD side of the unit, while the neutral (M) goes to the RCD neutral terminal block. The earth (N*) (which has been left unsheathed for clarity ). Each circuit cable is fed into the consumer unit and connected to an MCB of the appropriate rating. 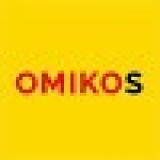